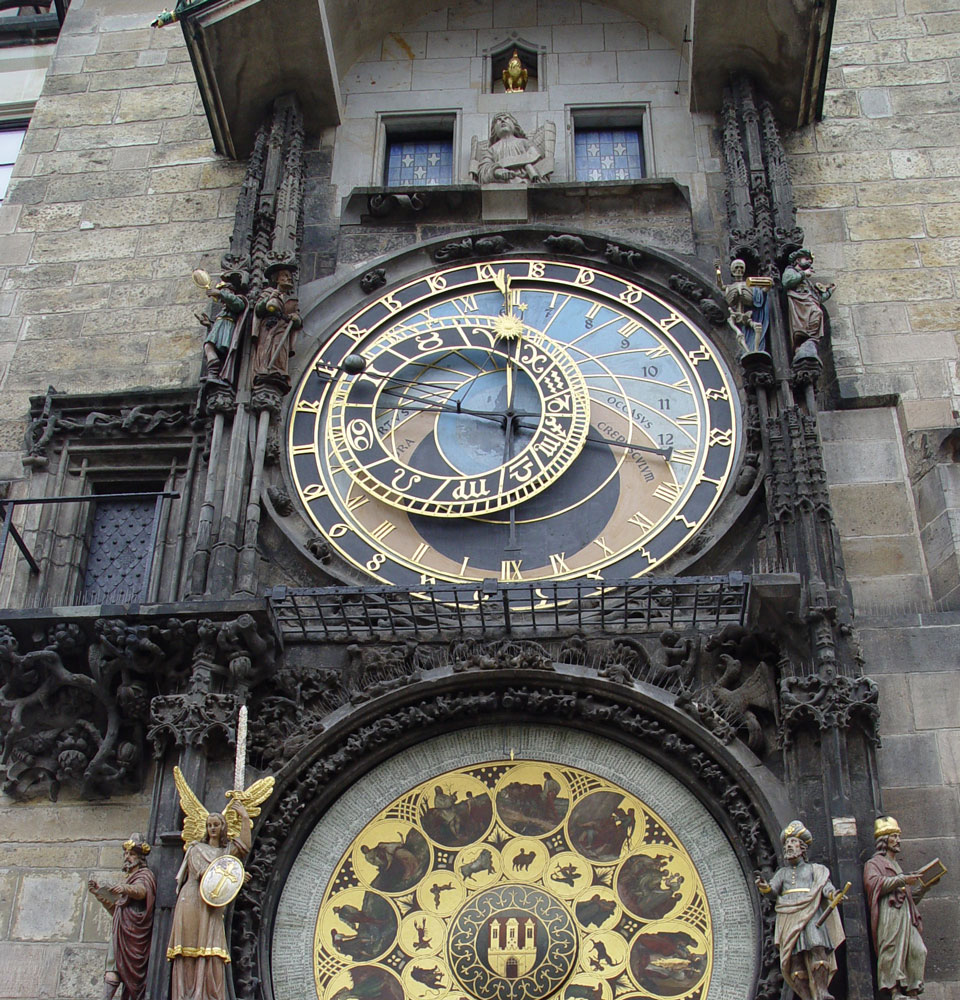 The Orloj is mounted on the southern wall of Old Town City Hall in the Old Town Square. The clock mechanism itself is composed of three main components: the astronomical dial, representing the position of the Sun and Moon in the sky and displaying various astronomical details; "The Walk of the Apostles", a clockwork hourly show of figures of the Apostles and other moving sculptures—notably a figure of Death striking the time; and a calendar dial with medallions representing the months. 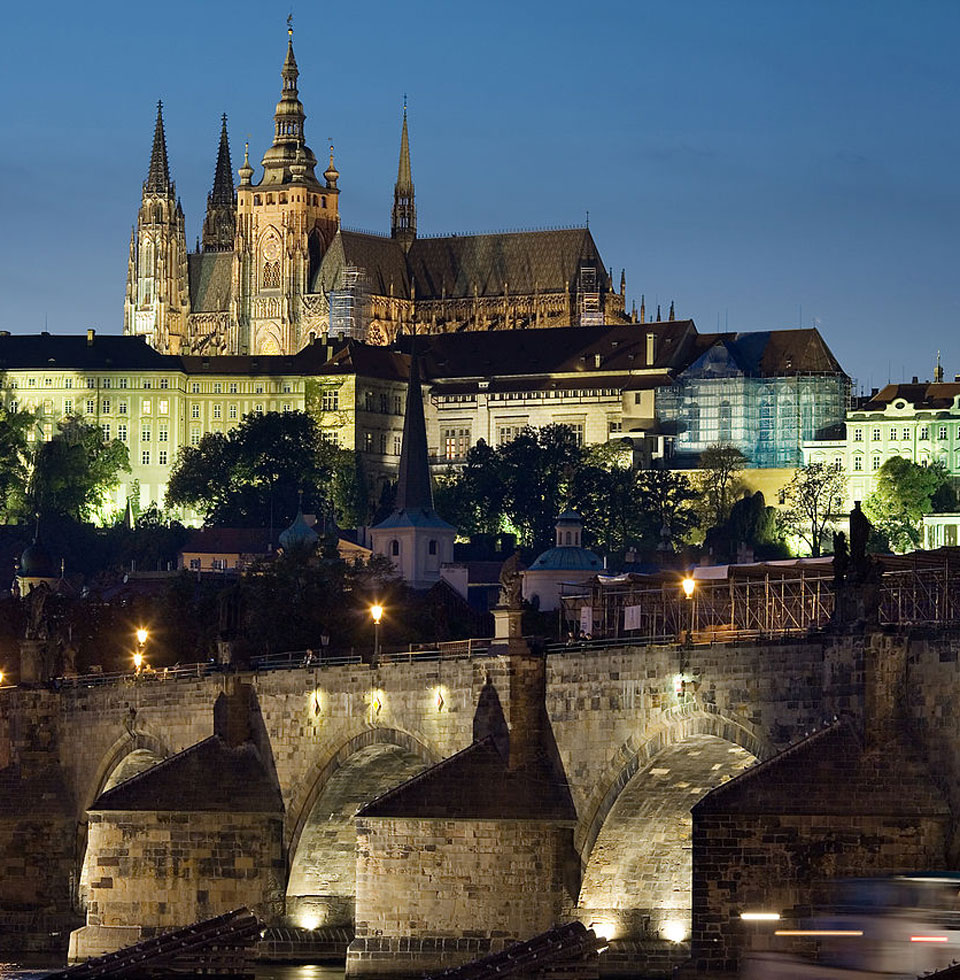 Prague Castle is the official residence and office of the President of the Czech Republic. Located in the Hradčany district of Prague and dating back to the ninth century, the castle has been a seat of power for kings of Bohemia, Holy Roman emperors, and presidents of Czechoslovakia. The Bohemian Crown Jewels are kept within a hidden room inside it. 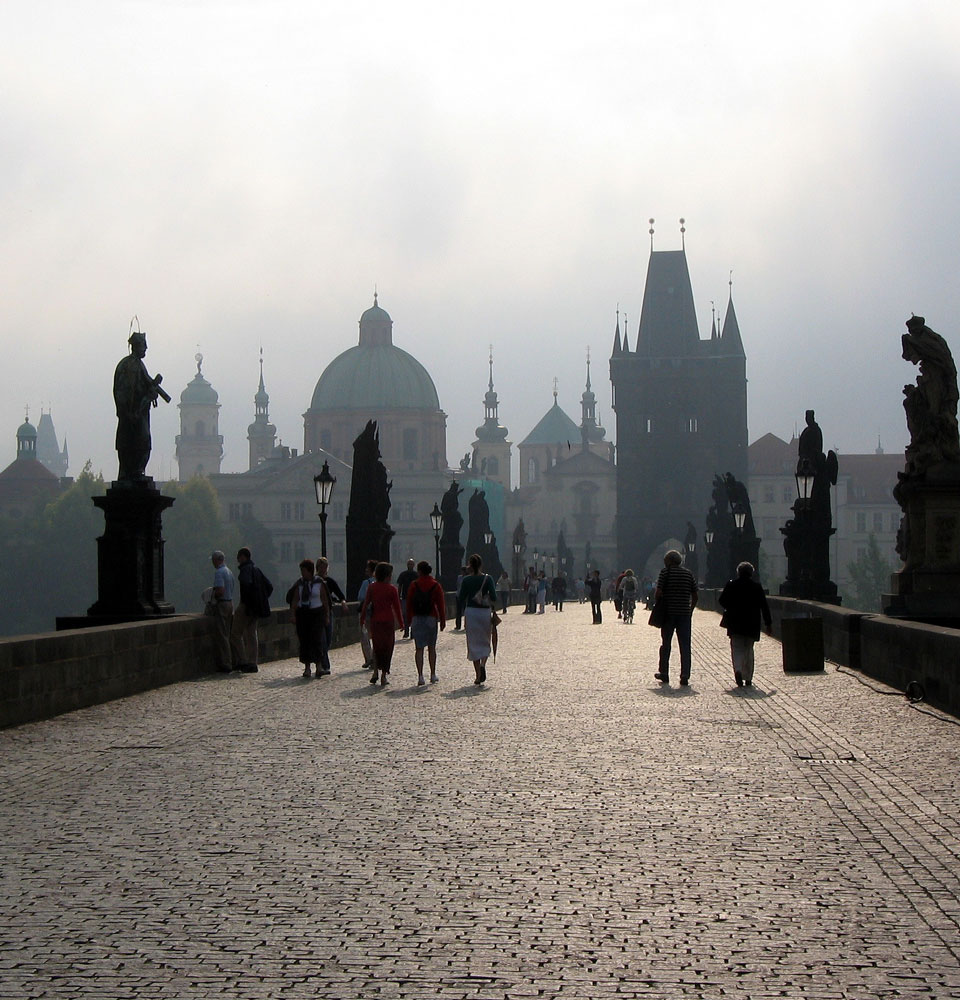 The Charles Bridge is a famous historic bridge that crosses the Vltava river in Prague, Czech Republic. Its construction started in 1357 under the auspices of King Charles IV, and finished in the beginning of the 15th century. The bridge replaced the old Judith Bridge built 1158–1172 that had been badly damaged by a flood in 1342. This new bridge was originally called the Stone Bridge or the Prague Bridge but has been the "Charles Bridge" since 1870.